Project was a collaboration between Landscape Architecture school of University of Washington and HDK-Valand Steneby school, Sweden

The idea of Långed Park project was to use the process of participatory design & construction of public space as a tool to bring the people together. The actual physical goal was to create a small public park: an outdoor space for everybody, for year-round use.

Dals Långed is a small village in the heart of Dalsland, with around 1500 people, and the site of Steneby school. Steneby school exists since 1930s and has a long tradition in craft, art and design, and with students community of around 170 people is an important factor in the life of a village. Although the school exists for a long time, the community of local inhabitants and the students to a large extent keep each to its own; in recent years a third social group started to form - the one of middle Eastern immigrants. It’s at the intersections of these groups that interesting things start to happen, and in the past few years a number of projects in the village appeared, which aim to bridge those divisions and address the very general “everybody” who lives in Dals Långed.

The suggested mode for creating such a place is through a Design/Build workshop, where Landscape Architecture students from USA shall collaborate with HDK-Valand Steneby school students and members of local community, and through guidance of prof. Daniel Winterbottom from University of Washington and Luka Jelusic from HDK-Steneby, design and construct described outdoor space. Project was planned across duration of two summers, 2018 and 2019.

A key partner in the project was Design/Build Study Abroad program from Landscape Architecture school of University of Washington. Professor Daniel Winterbottom, who is the head of the program, once a year takes a group of his students outside USA,  to design and build with their own hands some kind of space in close collaboration with the local community.

The premise of the program is that students get practical knowledge in the process of building, and the client gets a usable space.  Out of today’s generation of students, many come from urban areas, and they don’t have the kind of experiences that earlier generations had, where they would build a treehouse with a box of nails and some lumber, and something that older generations took for granted. And of course it is about understanding ups and downs of collaboration and participation, as students are put in a situation where they have to work side by side with people of very different backgrounds than their own.

The students were supposed to come in June 2018, so in the months before, we formed a very approximate proposal, in order to start presenting the project to local people and hopefully engage them in dialogue.  We knew that the final design will turn out completely different once the students arrive, but it’s much easier to start discussing from somewhere than from nowhere.

When it comes to reaching out to public, we did many public presentations and a number of them were multilingual, in Swedish, English and Arabic. With all the social media, a printed poster in local Coop still works best.  Once the students arrived and started learning about the place, we kept an open studio, meaning that people could visit at random times and talk to us, and we also continued with public presentations of different phases of design, in order to get feedback on our thoughts. 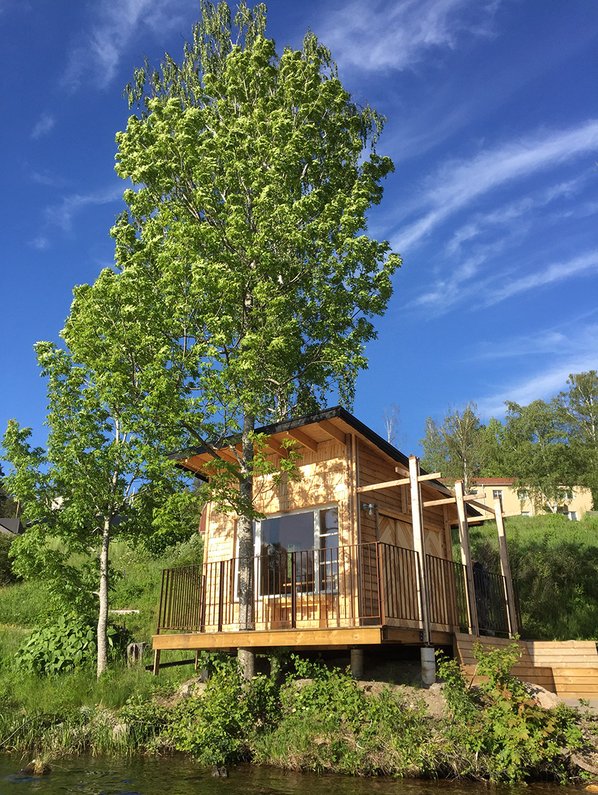 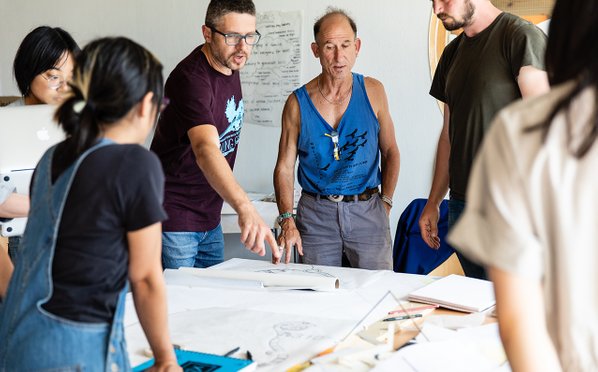 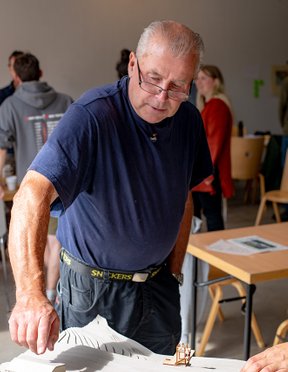 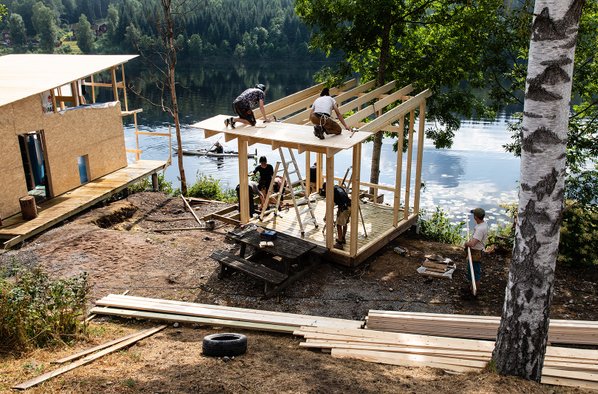 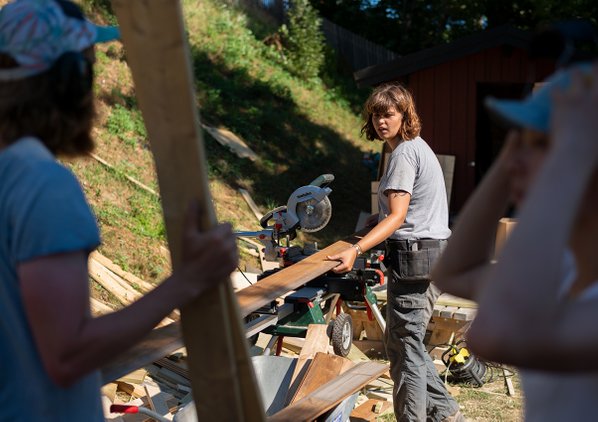 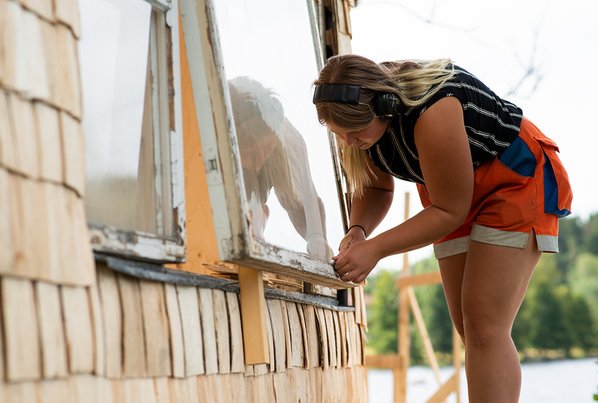 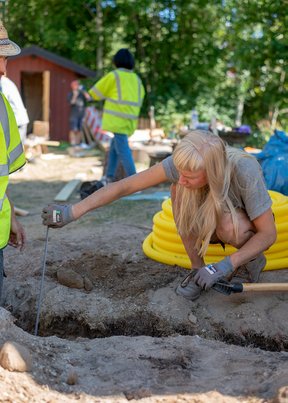 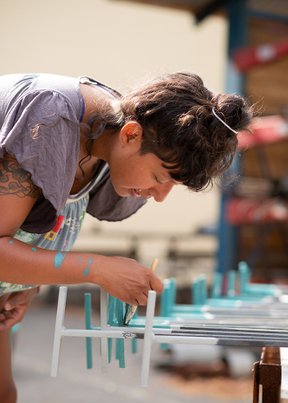 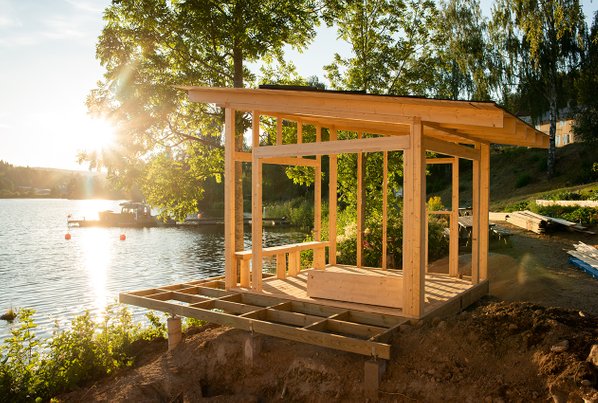 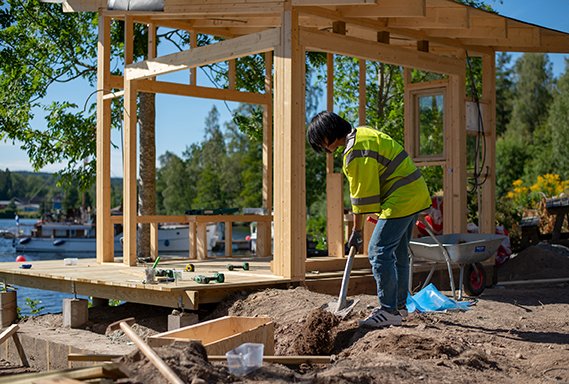 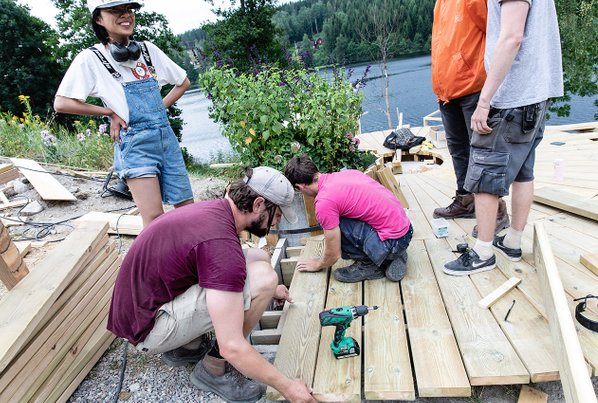 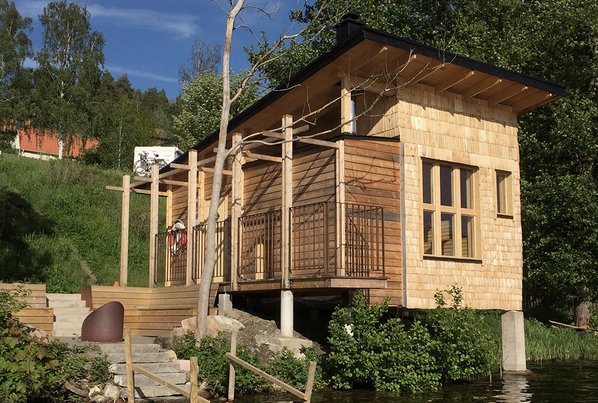 For the summer 2019 we planned a 4 week workshop, and wanted to complement the space with some activities for children, as that’s what was pointed out by local people as missing. So we had several participatory workshops with children from local elementary school and their parents, which led our design thinking.

Today, the sauna is open twice a week and has between 30 and 50 visitors every week, and is functioning as a meeting place for people from various social groups. It is also maintained on voluntary basis. 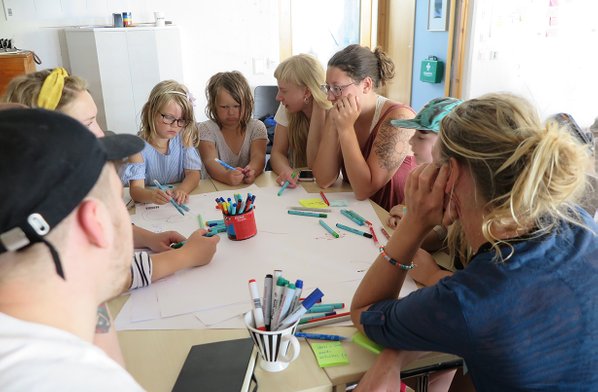 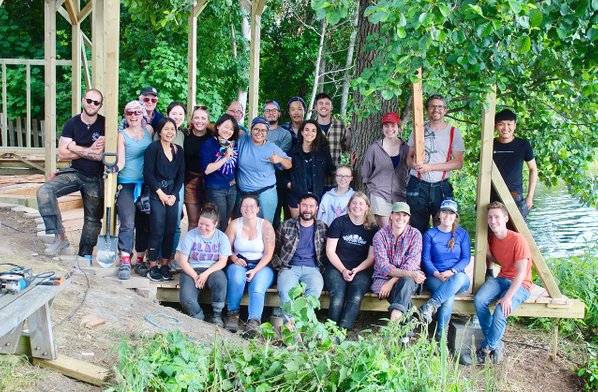 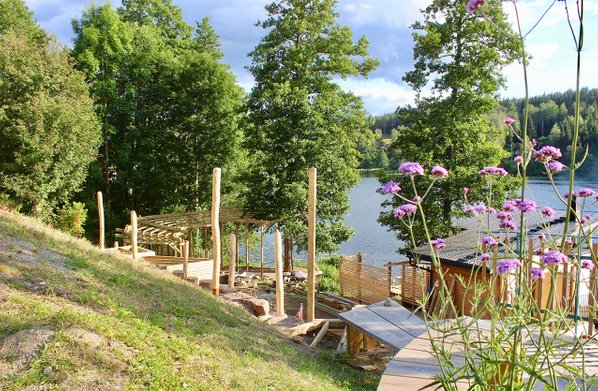 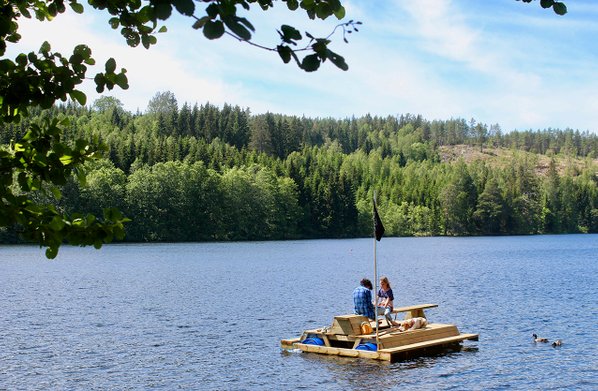 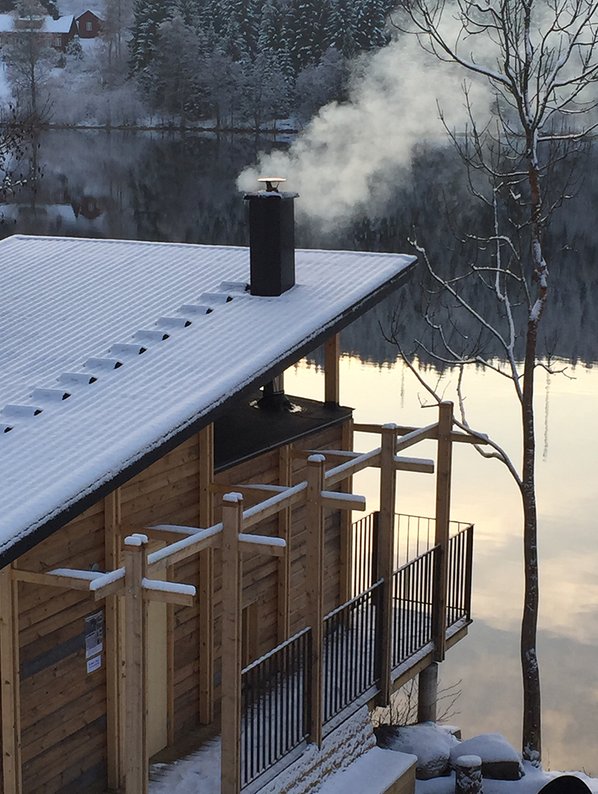